While I am not sure everyone agrees, it is one of those rare situations where, at least from my perspective, one word can be used to sum up a place.

The word magic itself can be a tricky one to pin down.  Most people think of magicians pulling rabbits out of hats.  Some people think about some kind of supernatural force, something that cannot be explained by science and logic, which, for many, has a negative connotation.

To me, magic is the power to transform.  No illusions are necessary, nor are any supernatural powers (although, as an open minded individual I will not rule them out).  I find it “magical” anytime a specific situation has the power to transform something into something else, regardless of whether anything that can be considered supernatural is involved.  Magic can occur in the standard magician situation, like when one sits there wondering how the four of hearts suddenly became a mountain goat.  But, it can also happen when someone meets a new person, when a rainbow suddenly appears, or when a new experience leads to people viewing the world a different way.  All of these “transformations” occur well within the realm of what can physically be explained by either science or logic.

As soon as I set foot in Las Vegas, I see a world transformed into something completely different.

Paris is a mile from New York, and just across the street from Caesar’s Palace.  Less than a mile up the road is Treasure Island.

Suddenly midnight is “early”, and 3 A.M. is not too particularly “late”.

Money transforms from paper into little round discs.  Suddenly, $5 is a “nickel”, and $25 is a “quarter”. 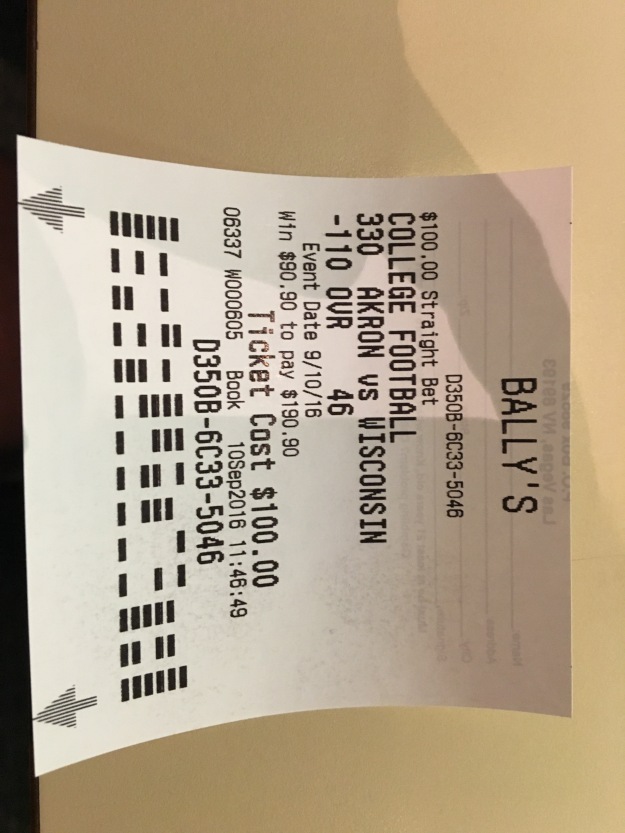 People are suddenly willing to take on all sorts of risks they’d otherwise be unable to fathom.

And, those weighing over 350 pounds, most likely typically shamed in their day-to-day life, can eat for free at a place called the Heart Attack Grill!

When I think of the people I talk to, or have talked to on a regular basis, I would say that Las Vegas appeals to roughly 2/3 of the population.  I do frequently encounter people who tell me they have no interest in visiting Vegas.  It is, after all, somewhat of a hyperbole for a certain aspect of adult life, particularly young adult life, that is wild and unrestricted, but also potentially destructive in multiple ways. 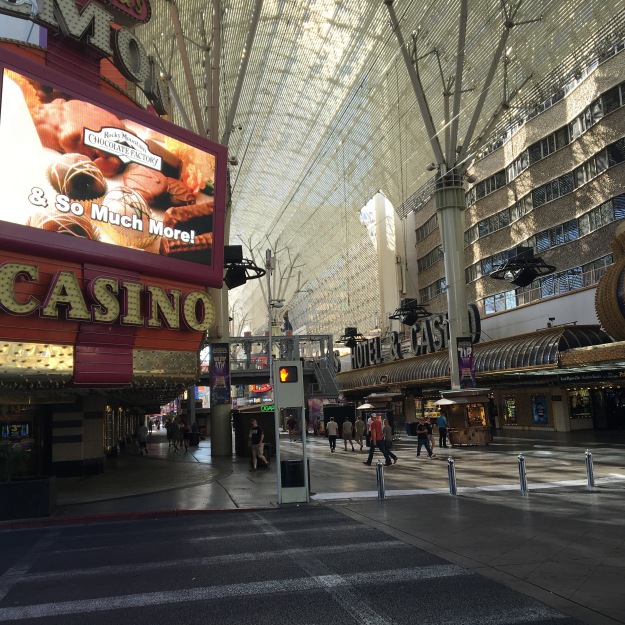 Vegas got its start as a gambling destination.  Gambling is still probably the first thing anyone would think of when the think of Las Vegas.

Those that prefer lower stakes can opt for a change of pace at the Freemont Street Experience.  This was the original Las Vegas, and some of these casinos, right in the heart of what is considered Downtown Las Vegas, a few miles north of the strip, are among the first ones developed here in the middle part of the 20th Century.

The pedestrian mall in some ways is reminiscent of similar streets in other major cities.  The street almost becomes a non-stop party, with attractions, tons of places to drink (and in this case gamble), and areas where stages are commonly set up for bands to play.

My primary gambling mode is, and probably always will be, table games, usually black jack or craps.  On this particular trip, I found my sweet spot at places that fit somewhere in the middle of the spectrum, such as the Flamingo, Cromwell, Ballys and Treasure Island.

But Vegas is more than gambling.  In fact, there are plenty of visitors that come and do very little gambling, preferring to spend their time at the clubs, at pools, shopping, or taking part in another activity altogether.

The common thread to everything that goes on here is that people are enjoying themselves, embracing their wild sides, in their own way, and letting go of at least some component of the restriction they live under during their normal lives, even if it’s as simple as piling up large amounts of foods that do not typically “go together” at a buffet. 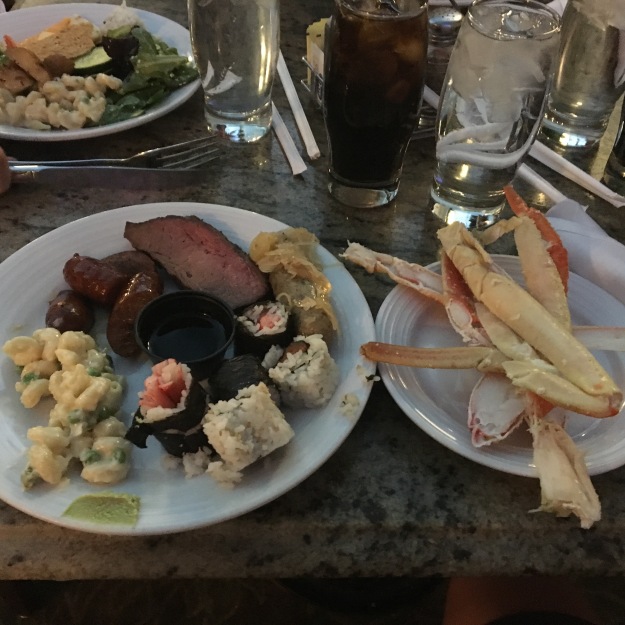 As a single entity, Vegas makes me think of what it would be like to live in a movie, or on some natural version of a drug high.  Everything feels more significant.  The dull parts are cut out.  There is no doing laundry, ironing shirts or anything like that.  Heck, even sleeping is reduced.  Decorations and shows appear everywhere in a manner that stimulates all five senses until they are overloaded. 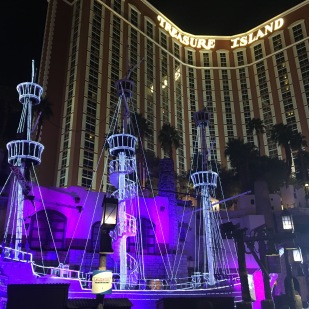 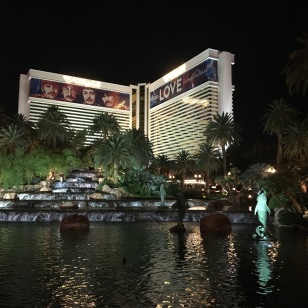 I’d say the “real world” (however you want to define it) is not magical, but whose fault is that?  Could I be missing the “magic” that does occur on a day-to-day basis?  As people become entrepreneurs, find new relationships, have the courage to leave bad relationships, discover who they truly are, and go on life changing trips.  Could I be failing to take the opportunities to create “magic” when they present themselves?  When someone needs help, when someone has an idea, or when a truly splendid rainbow appears in the sky, just begging me to stop what I am doing, forget whatever my mind is currently fixated on, and just allow myself to take in the experience.

The truth is, with a good enough imagination, enough confidence, and a willingness to act, any place can be “magical”.  But, whenever I lose sight of that, I know I can always go back to Vegas to reconnect with it.