On Friday August 25th, Hurricane Harvey struck the Texas Coast, leaving 82 dead, thousands injured and thousands without power. For a large swath of the Texas coast, homes, and lives, were ruined.

Six weeks later, in the coastal area from Port Lavaca to Corpus Cristi, this was the scene in nearly every residential neighborhood. Houses covered in blue tarp where roofs were punctured and windows were shattered. Debris was piled up by the side of the road waiting to be hauled away. Texas still in mourning. 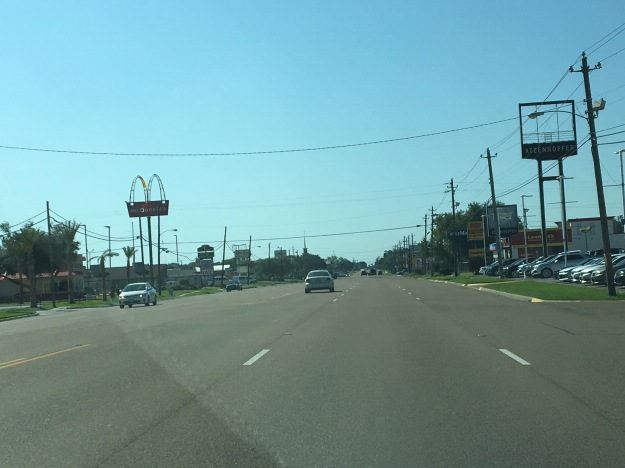 Even driving through commercial zones, evidence of this recent destruction was all around.

After years of studying the weather, admiring storms from afar, and analyzing storm data, I decided it was time for me to actually chip in and help those whose lives are affected by these wonders of nature.

I flew to Houston.

I rented a car.

And I drove down to Victoria, TX, roughly two hours southwest of Houston, a place where people were still cleaning out from the storm.

But first, stayed at a seedy hotel on the Southwest side of Houston.

Seeing security officers, police lights, and being solicited made my accommodations for the remainder of the trip, in the gymnasium of Faith Family Church in Victoria, TX, feel quite comforting (as I knew I would not get robbed here).

I actually found the accommodations made for us volunteers quite fitting. I had seen so many scenes in the news, where storm refuges were sleeping in quarters similar to this as they ride out or recover from a storm. While not exactly living the entire experience as those affected by these storms, it still, just, felt right. 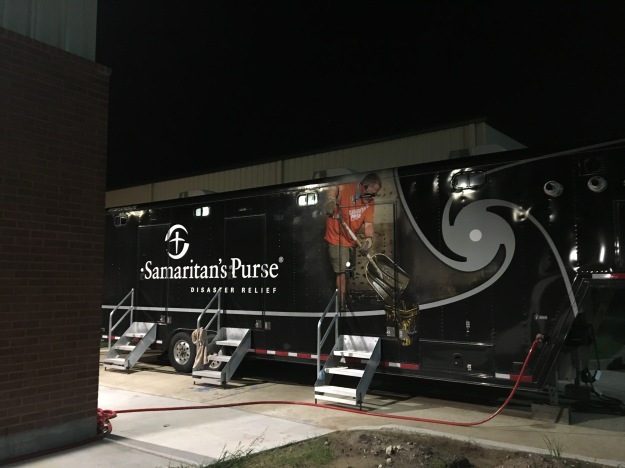 I also have to give a huge thank you to the organization I volunteered with, Samaritan’s Purse. They arranged the sleeping quarters for volunteers, and even provided us with three meals a day. This makes volunteering for disaster relief efforts quite inexpensive. I only had to pay for my flight, the rental car and gas, and that cheap hotel. Oh, and I decided on my way down to stop at What-a-Burger, because, when in Texas, right. 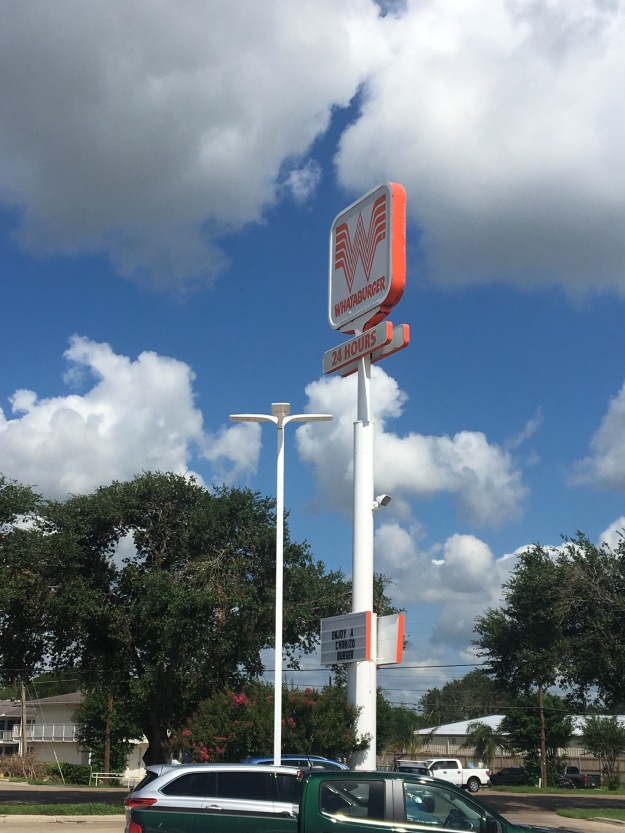 The odd thing about volunteering for hurricane relief efforts is that each day had a flow that almost resembled many of the outdoor adventures I regularly take part in, like adventure cycling, backpacking and skiing.

Each day would start off breakfast. We would eat together, pack our lunches, and head out. We would spend most of the day outside, being physically active. We’d return in the late afternoon, shower, change, and then all eat dinner together. That flow felt natural to me.

What wasn’t natural to me, as both a “city-boy”, and a “millennial” was the work. We just don’t learn how to work with tools.

Thanks to volunteering, and the patience of the other volunteers with Samaritan’s Purse, I ended up learning a thing or two. 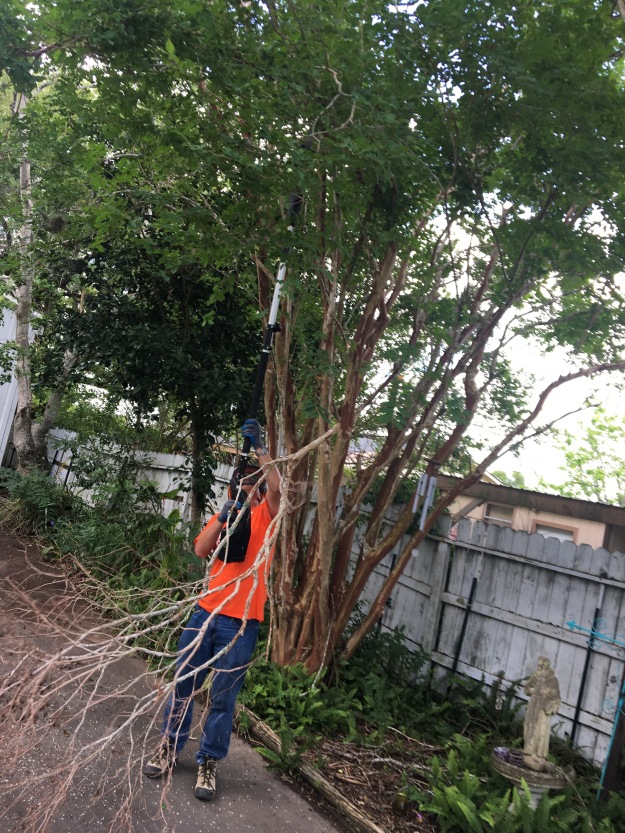 Last year, when I read The Happiness Project, I was introduced to the concept of “fog happiness”. According to author Gretchen Rubin, fog happiness occurs when an activity does not necessarily bring you joy at the moment in which you are partaking in it. Rather, the happiness is spread out over a much longer time span, often both before and after an event. In a way, it is the antithesis of instant gratification.

The combination of seeing the result of my work, and knowing that I was part of a bigger mission with a clear positive outcome produced a clear example, for me, of fog happiness. Sweating in 90 degree heat, in October, with humidity only achieved on Long Island in the dead of summer, does not necessarily feel as good as sitting by the beach, or partying. I was, however, fulfilled.

As it turns out, I did get to go to the beach! Samaritan’s Purse, being a Christian Organization, takes Sundays off, giving me a chance to visit the Texas Gulf Coast. 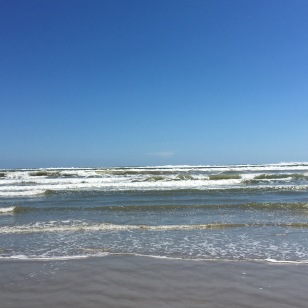 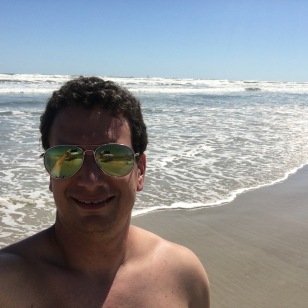 The drive gave me a chance to see the true extent to the destruction all around me. 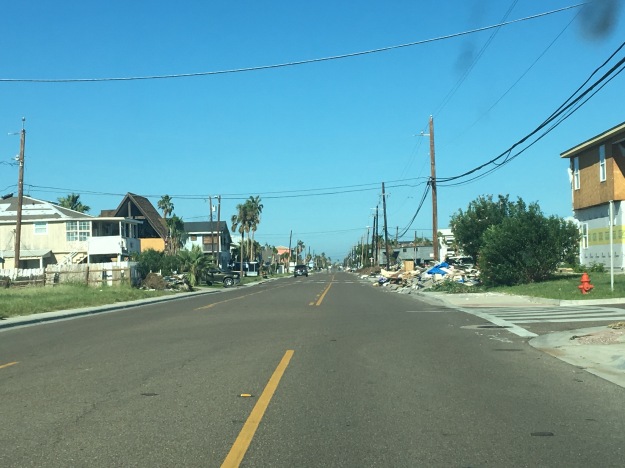 I had hoped, maybe even believed, that six weeks after the storm the recovery effort would be further along than it was. Everywhere I drove, I kept seeing the same thing. It made me appreciate the true extent of the recovery effort, and how small of a part I really played in it, as I was in Texas for only four days. There were may volunteers who signed up for the entire effort, and will be there through the middle part of November. 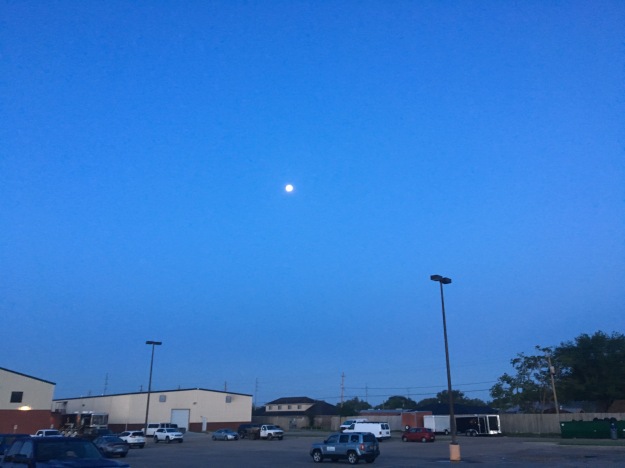 The four days I spent in Victoria felt like a trip back to the past, both with respect to my life, and society as a whole. The showers felt like dorm room showers. The presence of a lot of people doing the same thing all day felt like high school or college.

Also, the behavior and expectations felt like a trip back in time. Men and women slept in separate rooms. The organization did not permit one man and one woman to ride in a car together unless they are married. Phrases such as “I’m looking to nail something”, which have taken on newer, more sexually expressive meanings in the past few decades, reverted to their older, more innocent definitions.

I visited over half a dozen homes. Most of the people who needed assistance were people who have some other kind of poor circumstance; disability, previous home damage, etc. I even encountered someone who had recently had two strokes!

Oddly enough, although I felt appreciated for the work I did, it felt like some of the victims who I encountered were most appreciative of having some companionship when I would sit down and talk to them. In several instances I could sense a sadness in the eyes of those I was helping that had to do with factors beyond the storm. Worry about friends and family taking the wrong direction in life. Sadness about certain life events. Being lost. Perhaps most powerfully, being lonely.

It reminded me of the loneliness epidemic, as well as all of the other less obvious forms of human suffering currently going on. People are good at paying attention to suffering when its obvious. Other more subtle forms of suffering, such as loneliness, lack of fulfillment, lack of direction, and the feeling of being exploited by others, often go unaddressed.

I may not have the capability to travel to every major disaster and physically help the way I did this past weekend. What I can do is try, each and every day, to do something about all these other forms of suffering going on. These are the kinds of suffering I see every day. These people need help too.