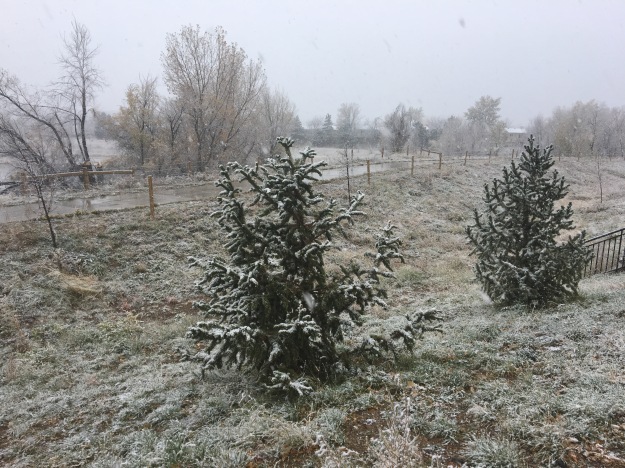 There is, perhaps, no place on earth that gets more excited about winter than Colorado. While people certainly have differing views about their favorite activities, preferred types of weather, and favorite season, there is no denying that winter means something here in Colorado that it doesn’t in many other parts of the world.

The primary reason is the ski/snowboard industry, which generates excitement among locals and tourists alike. Four of the five most visited ski resorts in America are in Colorado. Statewide, annual attendance now typically tops 7 million. The ski/snowboard industry is also important to Colorado’s economy, with an estimated economic impact close to $5 Billion annually.

It is around this time of year that conversations at social gatherings turn to forthcoming winter activities. People discussing which of Colorado’s multi-mountain ski passes (most commonly the Epic Pass or the Rocky Mountain Super Pass) they had purchased, where their abilities currently stand, what their favorite types of slopes are and what travel plans they have.

In fact, Colorado is so excited about this season, and what it means to the state, that Denver International Airport has an exhibit about snow and ice! 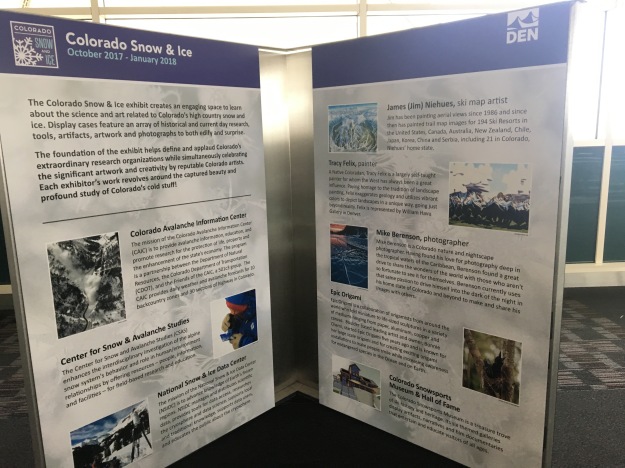 This exhibit includes exhibits about many different topics related to Colorado snow, including the Snowsports Hall of Fame in Vail, which I visited two seasons ago.

Colorado’s ski/snowboard industry is quite large. All of the options and all the resorts can be a lot to sort through.

Each resort is, in its own way unique, both with respect to the terrain itself, crowds, and amenities around it. For example, Breckenride is a thriving town, with everything from fancy restaurants to even night clubs. Other places suck as Monarch, nowhere near any shops, restaurants, etc., offer a much quieter experience.

Luckily, the people at Denver Party Ride produced a guide to all of Colorado’s ski resorts which is perfect for just this purpose. While I could (and have) write at length about each specific resort I’ve skied at, this guide provides a relatively short (half a page or so) description for each resort, making it relatively easy for visitors to chose an experience that is right for them.

I was a bit surprised when informed about this ski guide. I knew Denver Party Ride for providing party limo services for events downtown and concerts at Red Rocks, I had no idea that they also shuttled people to and from ski resorts. As someone who has combined the experience of skiing and partying before, I may have to try this experience out! 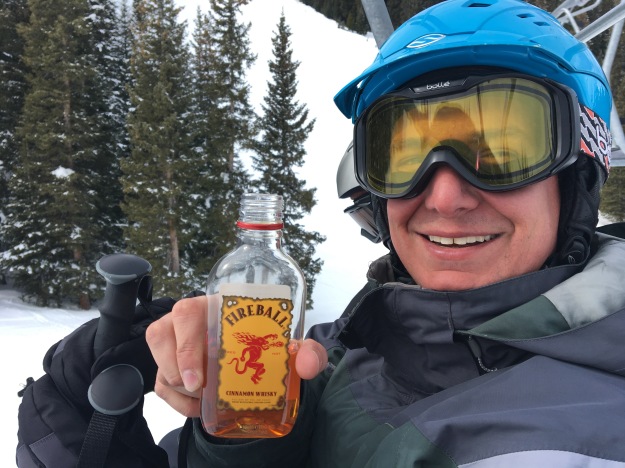 Every year, sometimes as early as late September, I start receiving calls and texts asking about what to expect, with regards to snowfall, for the upcoming winter season. 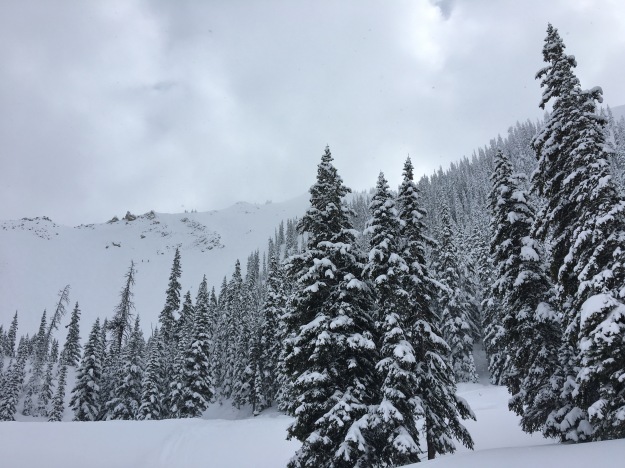 It is here, as a weather enthusiast, I wish I had better guidance for those anticipating the coming ski season, or a ski trip to Colorado. When anticipating winter, people are most likely to hear about El Nino vs. La Nina. This year, the mainstream news has reported that a La Nina winter is likely.

Unfortunately, the forecast itself does not provide too much insight into what to expect this coming winter for two reasons. 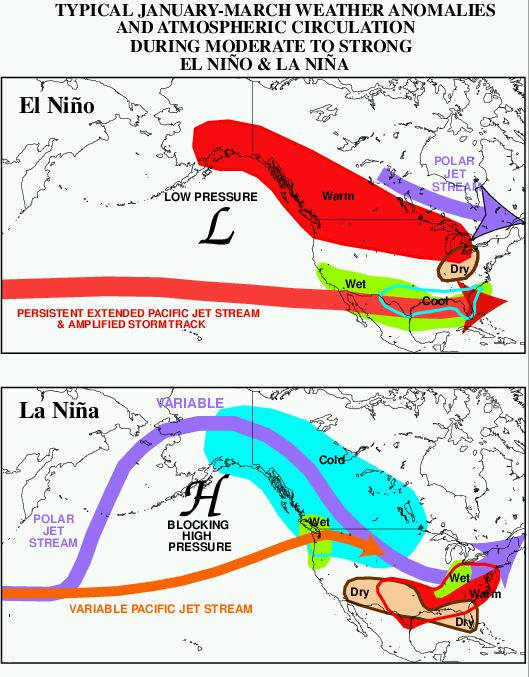 Some local sources argue that, due to local topography, El Nino years favor snowfall in Denver and along the front range, while La Nina years favor snowfall up in the mountains, where most of the ski resorts are. However, official observations do not necessarily provide enough detail to reach that conclusion.

2. The La Nina is forecasted to be weak

Strong El Nino or La Nina events can be powerful predictors of winter weather. Weaker events are not as strong of predictors.

It is fun to speculate about the upcoming winter. However, after five yeas of living in Colorado, and several more of visiting annually to ski, I can’t help but think it is going to be good no matter what kind of winter we have. One of the main reasons it is safe to plan a trip to one of Colorado’s world class ski resorts is that, regardless of how each winter turns out, there is a period of time from roughly mid-January through mid-March where great snowpack and great conditions are all but guaranteed.

No matter what resort you visit, what pass you get, whether you ski or snowboard, get lost in the trees or stick to wide open groomed trails, get out there and enjoy the season. These resorts offer excellent opportunities to spend some time outside doing something that is both adventurous and gets the body moving. This is a reason to actually get excited about winter, a season many in other parts of the world dread.