It was the first time I ever went skiing on Opening Day. It’s not that I don’t get excited about the ski season, but Opening Day at any ski resort typically does not have a lot to offer, other than saying you were there on Opening Day and often a celebration. Typically, it is one or two runs open, wherever the resorts decided to focus their snowmaking operations.

For some reason, resorts in Colorado are always in a hurry to open, most opening before Thanksgiving, some before Halloween. Resorts in places with even colder climates, like Sun Valley Idaho and Big Sky Montana, simply open on Thanksgiving. I guess in Colorado, there is pressure to open earlier, given its popularity as a ski destination and significant competition.

The problem is, some seasons start with a bang, some with a whimper. Last year, in early November, there as very little snow at most major ski resorts in Colorado. In fact, there was little to ski on well into the season, even past the New Year. 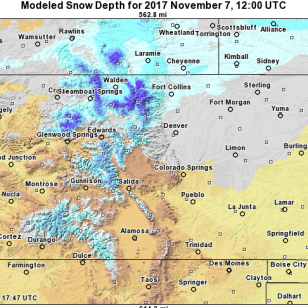 The result is starting the season off, not just with a few good runs, but with a powder day! 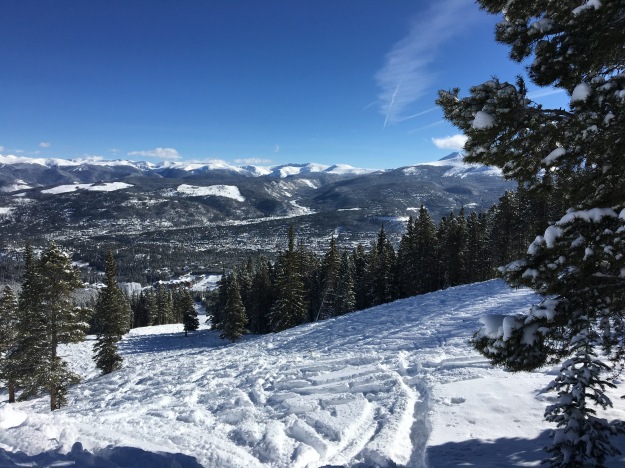 Of course, even with this much snow, only one part of the resort, and only one major lift, was open. So, despite the fact that it was a Wednesday, there were still significant lift lines to contend with. 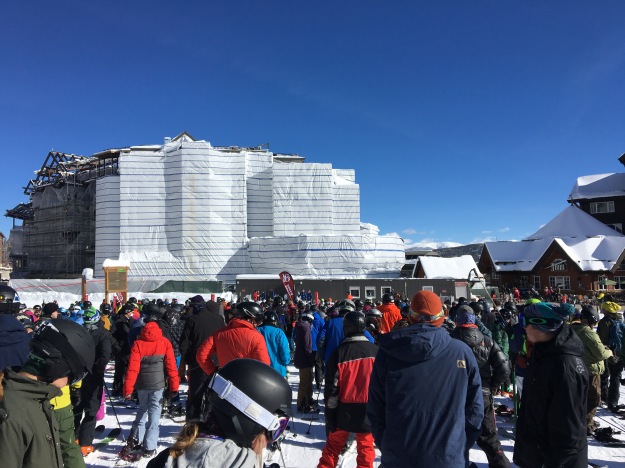 Everything about the experience was odd, but in a good way….

It was odd to start the season, on the very first day, with over a foot of fresh powder.

It was odd to ski on a Wednesday in the middle of what feels like a work week, as opposed to as part of some kind of a weeklong trip.

It was also odd, because the makeup of the crowd at the ski resort seemed somewhat different than usual. Maybe this is a result of the specific circumstance. The fact that Breckenridge would open early, on a Wednesday, as opposed to the following weekend, was only announced at the end of the prior weekend’s larger than expected snowfall. It was also only announced the prior evening which runs would be open. The result was that the crowd tilted significantly more towards what appeared to be college students. It seemed like young men aged 19-25 made up almost half the skiers and snowboarders on the mountain that day. I saw a lot of fast paced skiing and boarding on challenging powdery trails, and heard that “woo” noise when someone hits a jump or a key area more frequently than I had ever before!

I also came into the ski day in an odd place from a personal standpoint. For a variety of reasons, I had a lot on my mind. On days like this, truly immersing oneself in an experience can be a battle inside one’s own mind. How can we stop ourselves from thinking about whatever is confusing us? The events of the prior few days? An upcoming event that we are anticipating with nervousness? Or even that existential question, about life, existence, the battle between good and evil?

What I found to be the key is noticing what is physically there, in front of me. It came in kind of an odd way. The view from the top of the ski lift is something I had seen before, many times, having held a pass to this resort for the past six season. What caught my eye, and got my mind off everything else, and onto the amazing experience I was having skiing, was the clouds! 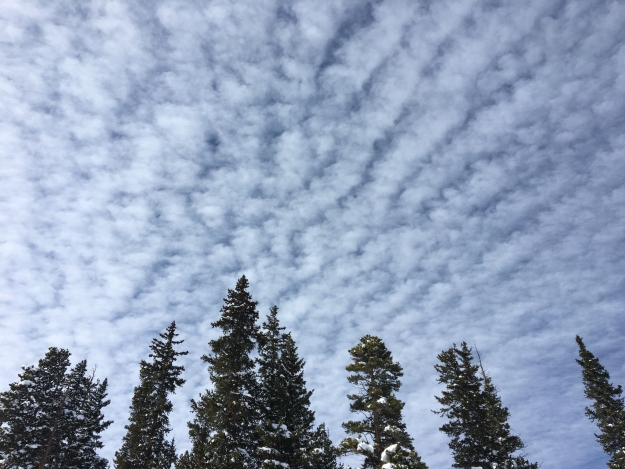 Specifically, while riding the ski lift, I looked up and noticed these cirrocumulus clouds, in a pattern that seemed like a series of lines, broken up just enough to display patterns on scales both large and small. They identified patterns, hidden in plain daylight, related to the transition that the Central Rocky Mountains had just undergone, from a snowy period, to a dry one. They were the balance of order and chaos we often seek in our day to day lives, and, for several minutes on a ski lift, they were all the stimulation I needed. I was content, and living in the moment.