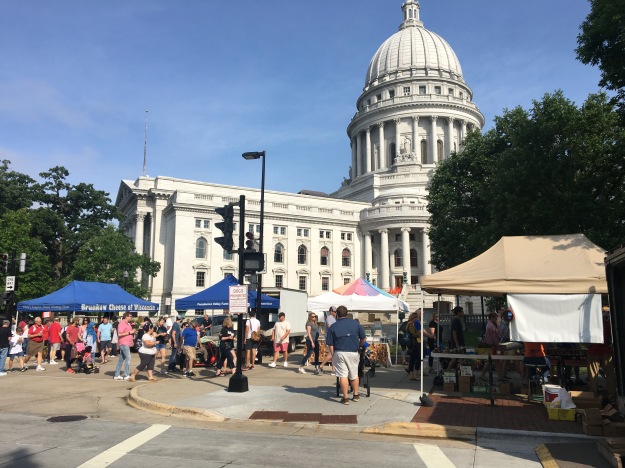 It is the farmers market that ruined me for all other farmers markets. When I lived in Madison, Wisconsin, for several years, I would regularly attend the Dane County Farmer’s Market, the largest producer-only farmer’s market in the country. Every Saturday morning during the warm season, the entire capital square would be filled with vendors, selling fresh produce, flowers, baked goods, and, of course, because this is Wisconsin, cheese and meat.

Each Saturday, between 9 A.M. and noon, crowds of people pack the sidewalks that surround the capitol square, creating a lively scene. It was enough volume, enough activity, that every other farmer’s market I visited after this one has left me asking “Is this it”?

That is partially because the Dane County Farmers Market is a unique experience in a unique place. It was included as a “must see” in the book 1,000 Places to See in the USA & Canada Before You Die.

The book, however, was published in 2007, and a lot has changed since then. One distinct characteristic of the 21st century is the presence of simultaneous contradictory trends. For example, we have a new generation of people emerging who both spend over nine hours per day in front of screens and prefer face-to-face interactions. Likewise, while obesity rates continue to climb, people are also becoming more health conscious and more aware of the food they consume.

Specifically, with detox diets, and awareness of the amount of waste caused by our food distribution system, more and more people are desiring locally sourced food. This can be seen at grocery stores and even some restaurants, where more and more displays indicate that food was produced on a “local” farm. Farmers markets are expanding everywhere to meet this increasing demand to buy locally produced preservative free produce. Some lists of top farmers markets in the USA published more recently do not even include the Dane County Farmers Market.

The Dane County Farmers Market still certainly represents a unique experience, as it has always been about more than just the vendors. 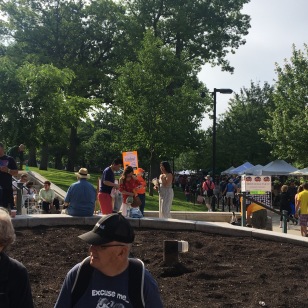 As far as I can remember, Madison has always been a very political town. On all four corners of the square, booths promoting political causes and local candidates are an expected presence. Along the roads that radiate outward from the Capitol Square, more interesting activity can be found, including live performances, some additional vendors and demonstrations of activities like wood carving, and even an impromptu children’s play area placed in front of the children’s museum.

I would say that Madison, Wisconsin is certainly more interesting than most towns around this size. The college campus guarantees plenty of interesting cultural activities. The pedestrian mall, State Street, that connects the capitol with campus is always active, even if it does have a speed limit that just begs people to break it… on their bicycles. 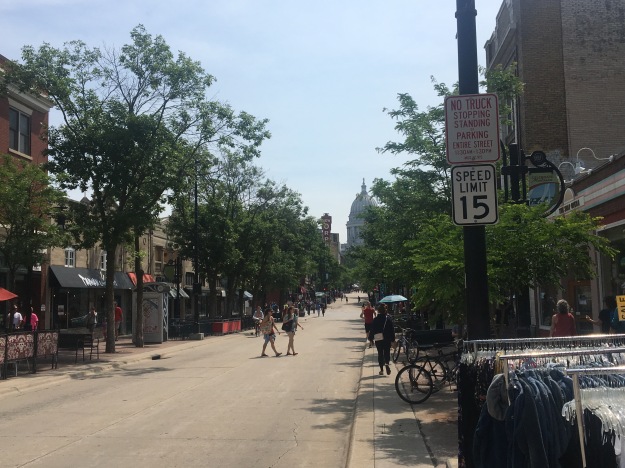 And there are the lakes, four of them to be exact, of pretty good size, one of which is directly adjacent to the University.

The city has two other characteristics that, having visited a lot of different places, feel quite surprising.

One is how strong drinks are mixed here, particularly on State Street. I ordered a make-your-own-bloody mary at one of the many establishments on State Street. Restaurants that offer this beverage typically provide a glass with vodka to mix with the other ingredients at the bloody mary bar. This is the only place where the glass provided to me was filled halfway up! Mixed drinks at other bars are also quite strong compared to the ones in most other cities.

From a now outsider perspective, it is also surprising to see how politically one-sided Madison is. Signs promoting events and groups, conversations around town and even signs in front of local businesses are quite frequently politically charged, way more so than in most other cities and towns. They are all from one side. It is as if those on the other side had been silenced or run out of town. In a State that is quite close to evenly divided politically, it feels strange to be in a place where one side has near 100% dominance of the discussion. 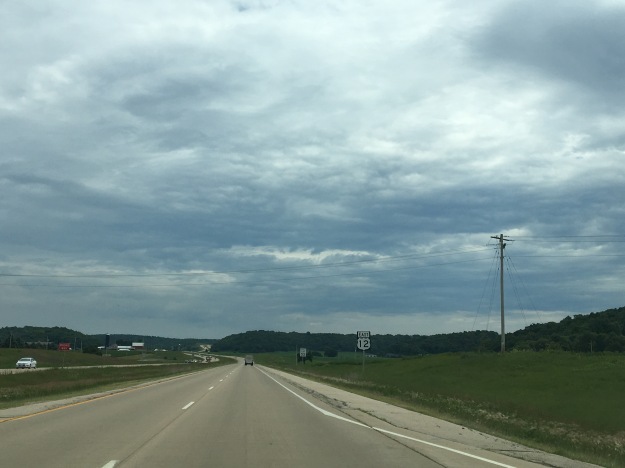 Sometimes I find it depressingly easy for people who live in cities to forget what region they are in, on a larger scale. Traveling around the country, it often feels like all cities are tying to build the exact same amenities as each other; luxury apartments, shared workspaces, microbreweries, and art galleries. In my current hometown of Denver there is a constant reminder of where we are, the mountains to the West which tower over the skyscrapers of the city. The Midwest does not have that, however, seeing booth after booth selling cheese curds, other agricultural products, and products like venison jerky is as clear of a reminder to any that Madison is part of Wisconsin, which is part of the Midwest.