The week leading up to Memorial Day Weekend life in Denver had already entered “summer mode”. Tuesday and Wednesday were the first official 90 degree days. People had begun to enter summer mode, moving their outdoor activities to either first thing in the morning or around sunset.

Many went up to the mountains. On an unpaved road, three hours from Denver, a little outside the town of Redcliff in Eagle County Colorado, it felt like there was more traffic than there had been on some of Denver’s residential streets lately. 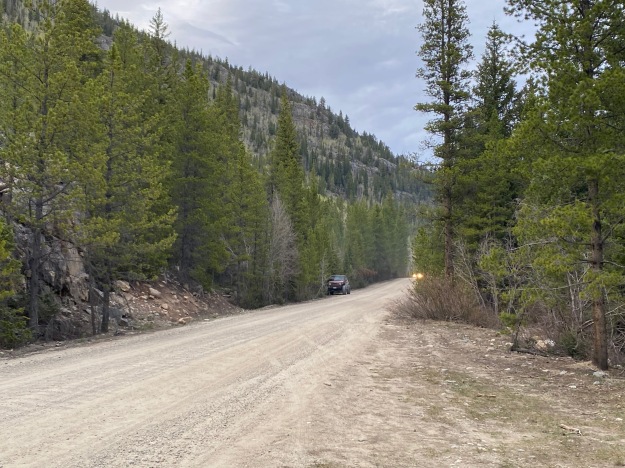 To find a quality place to camp, that was not already occupied by someone who had arrived earlier, we ended up having to cary all of our supplies up a fairly steep cliff.

Climbing that far up in elevation, we began to encounter some snow. 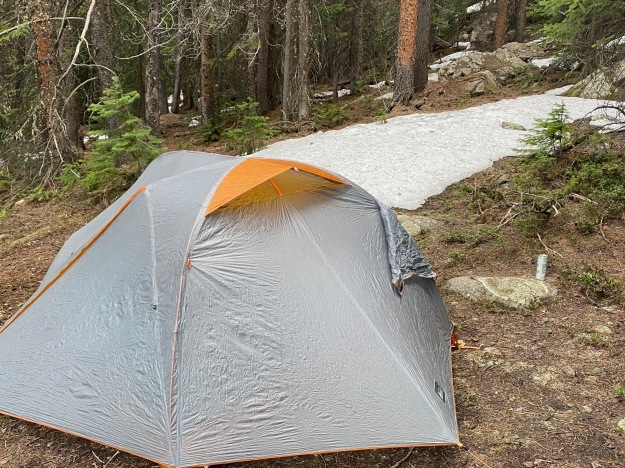 It was the first time I ever set up camp anywhere near a pile of snow this big. Having been in summer mode, it felt odd to suddenly be around piles of snow that were multiple feet deep in some places. However, it was not without its advantages.

The effort to lug all of our stuff uphill from the car also ended up proving advantageous. Despite being quite far from any town, campsites near the road/creek were not too quiet or secluded.

We got the experience most people want out of dispersed camping by carrying all our stuff to the top of the hill. The tops of the nearby mountains could be seen much more easily up here. It was also slightly warmer, as colder air funneled into the valley.

Overall, putting in a little extra effort lead to a better experience!

May can be a somewhat awkward time in the mountains. Above a certain elevation, there is still snow kind of everywhere. We took a day trip up to the Homestake Reservoir.

However, with the ground kind of half snow covered and half bare, getting anywhere was kind of awkward.

It was here I had another first, a trek that blurred the lines between hiking and snowshoeing.

With sections of trail bare and others still covered by feet of snow, we were constantly taking our snowshoes off and putting them back on again. The inconvenience and slippery sections of wet snow deterred others from completing this hike.

Once again, putting in the extra effort and overcoming a little inconvenience proved to be worthwhile. We ended up being able to eat a quiet lunch all by ourselves in front of a small but extremely picturesque alpine lake.

The image in front of me, of a lone weather sensor, with the mid-May still mostly snow covered mountains of the Western Sawatch Range behind it ended up being one of the best ascetic natural experiences I have ever had! 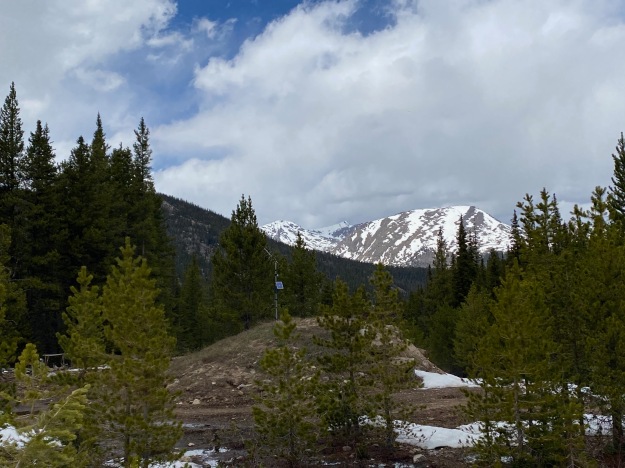 A lot of people will hike up here in July, August and September, after all the residual snow has gone, and stand in this very spot. However, they will not get this experience.

The following night, not having to set up camp, being able to goof off a little before a storm came in, was quite relaxing.

When we first drove up the road, looking for dispersed camping, only to find that every site we saw for the first 8.5 miles was already claimed, it was tempting to give up and go home.

On our partially snow packed hike to a lake barely even big enough to make it onto one of those detailed National Geographic pullout maps, we were advised to turn around less than a mile in. In both cases, persevering through unforeseen obstacles produced amazing experiences. Like the campground we stayed at and the pure beauty of eating lunch in front a quiet alpine lake, life will reward those who are not deterred by unforeseen obstacles in all forms. The key is to not give up!

The following morning, we’d wake up to even crazier weather; rain then even a few periods of significant snow!

While Denver was entering Summer, the top of the Sawatch Mountains were barely leaving winter. It reminds me of when I encounter people who happened to be around the same age, with similar backgrounds, but are in different seasons of life.

It can be a challenge to wrap the mind around 90 degree Denver and nearby mountains where it is still snowing. In the same vein, it can be challenging to wrap the mind around a person with tons of responsibilities, a mature and realistic attitude and acceptance of life’s limitations being the same age as another who seems to have endless youthful energy and enthusiasm. Yet, like summer in Denver and Winter in Eagle County, they can both exist, both be beautiful, and give the world some much needed variety. The key is to not make assumptions about where anyone “should be” in their lives, and avoid the assumption that one path is inherently wrong. 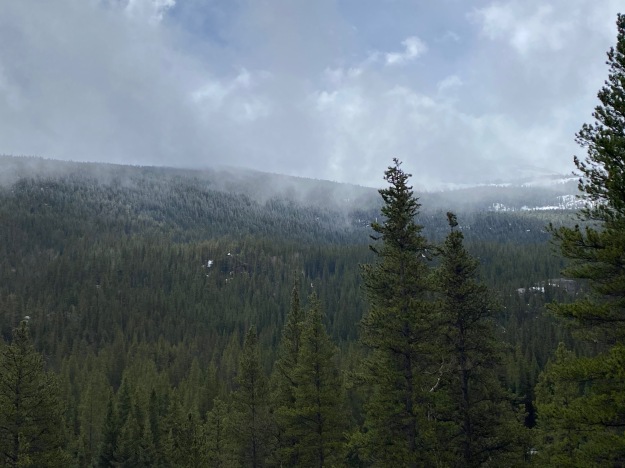