There is, perhaps, no better way to get into the spirit of Christmas than to find oneself surrounded by the ambience of the holiday, taking part in local traditions. Christmas may mean something different to different groups of people. Some focus more on the religious aspects of the holiday. Others on the secular. Still others celebrate different holidays altogether.

In central Copenhagen, where the spirit of the holiday can be seen all around, with decorations on buildings and streets. 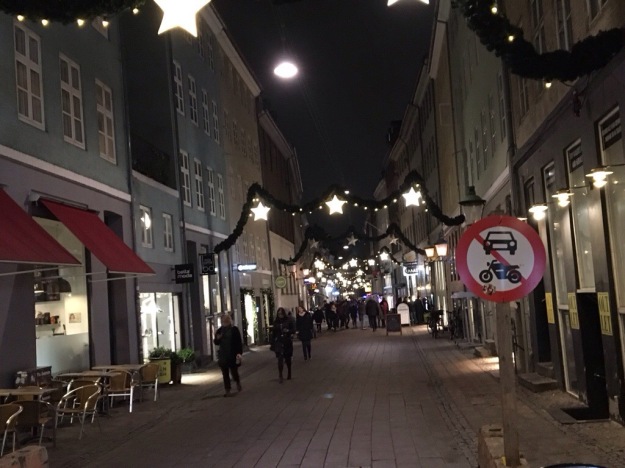 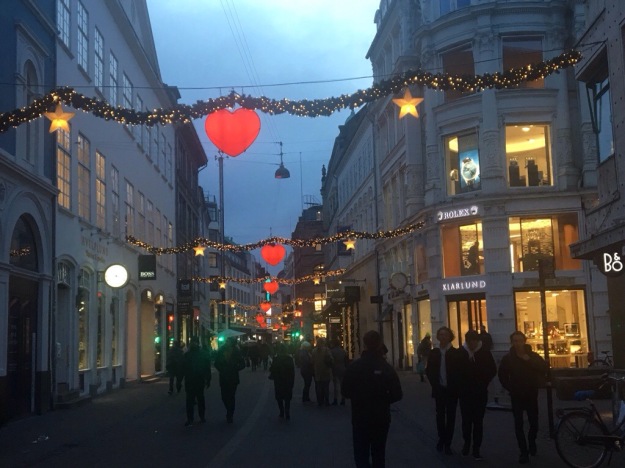 And numerous Christmas markets all over town offering holiday treats. 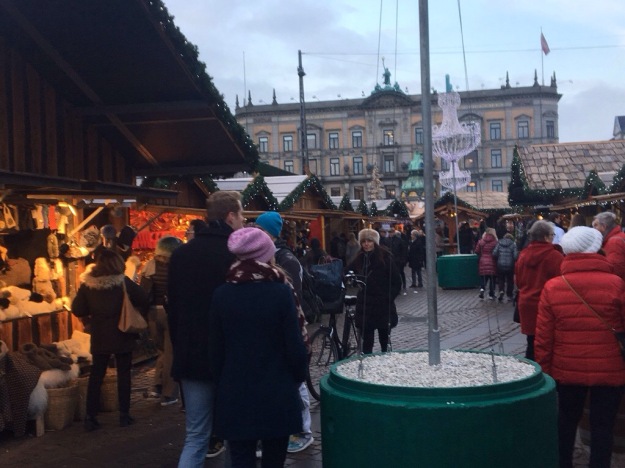 The spirit becomes contagious. It is felt in the air. It is hard not to want to join in the traditions of the region. Eating nordic food, both new and old.

And, of course, drinking gløgg, a warm spiced Scandinavian wine commonly drank on cold, cloudy winters days; particularly at Christmastime. It would be almost impossible to imagine myself here at this time of year without drinking it.

Denmark is known to be a happy place despite the weather, which is commonly cloudy and rainy, particularly in wintertime. In fact, it may even be because of the weather, as Danish culture has found some unique ways in which to cope. 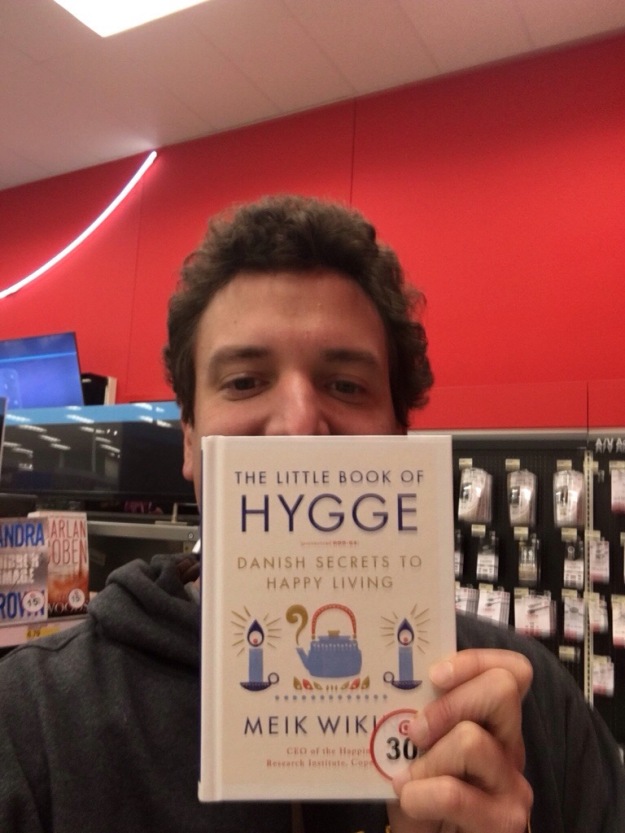 Hygge (pronounced hoo-ga), is a word we do not have a direct english translation for. It is happiness, in a friendly, slower paced, and cozy sort of way. Upon any reading or discussion of the subject, it becomes quite apparent how the weather has influenced the culture. Winter here means a lot of time spent indoors, in the dark. Spending it among good friends, eating good food, and removing oneself from the pressure of day-to-day life provides some form of rejuvenation.

While Copenhageners spend a lot of time indoors at this time of year, it is apparent that they do not let the weather stop them from cycling. Despite the cloudy, and even rainy weather, and daylight that only lasts from roughly 8:30 A.M. to 3:30 P.M., there are still plenty of people on their bicycles, using them to transport themselves, and sometimes even other people and their cargo, around town.

As a cycling enthusiast, this is actually one of the factors that drove me to want to visit Copenhagen. It is by some measures the most bike friendly city in the world, and boasts one of the highest percentages of bicycle commuters. Perhaps because of the fact that nearly every street I encountered here in Copenhagen had some form of bicycle accommodation, it is a way of life here that cannot be stopped by the combination of darkness, rain, and temperatures in the lower 40s (around 5C).

Besides what appeared to be the expectation of year-round commuting, I noticed several other manners in which the cycling culture here differed from what I see in the United States.

First, the bikes are different. I saw mostly cruisers not necessarily designed to go high speeds.

And, finally, I also noticed that it is common practice here to leave bikes unlocked. I guess there is less worry about theft, but the idea of not locking a bike feels foreign to me.

There is perhaps no place more iconic here in Christmastime than Tivoli gardens, one of the world’s oldest amusement parks.

The lights here, at night, are a must see for anyone who comes to Copenhagen at Christmastime, even for those who do not care for roller coasters. 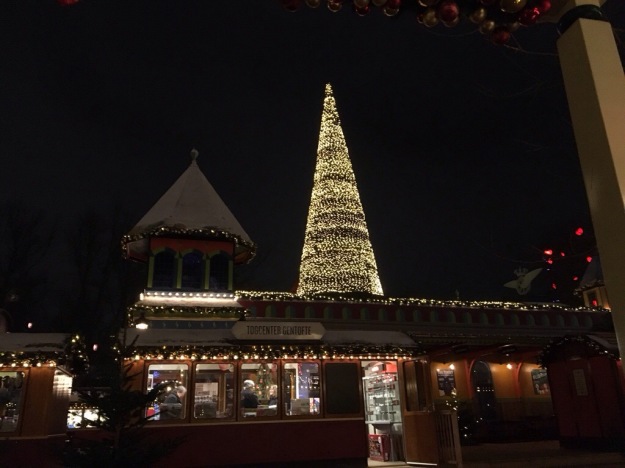 Recent reports have linked the lack of social support to unhappiness, poor health, and other bad life outcomes. The Danish people appear to take pride in their status as one of the happiest countries in the world, and, at least in part, attribute it to this concept of hygge.

According to the Little Book of Hygge, written by Meik Wilkins, the CEO of the Happiness Research Institute (which happens to be located in Copenhagen), hygge, while practiced all year long, is strongly linked with the Christmas season. The idea of taking a break from the stress of everyday life and spending time with loved ones is the core element of Christmas no matter where it is celebrated.

Often times the season for this is cut short. For many, some combination of pressure to complete end of the year tasks at work and holiday shopping keeps stress levels high for much of December. Experiencing Copenhagen in late November, with the spirit of Christmas already in full swing, I am inspired to make this entire season, not just a couple of days at the end of December, about giving, sharing time with those closest to me, and de-stressing.