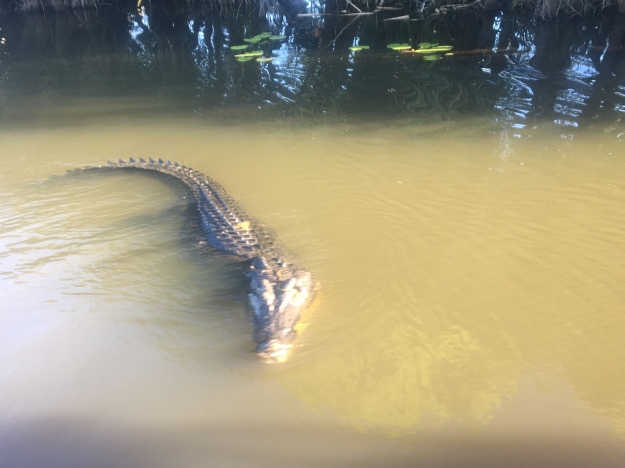 The word Safari is typically associated with groups of people out looking for the kinds of wild animals usually only seen at the zoo. The word Safari originated from an Arabic word that literally means “to travel”. For some, a safari represents a kind of once in a lifetime experience that typically lasts for one to several days. 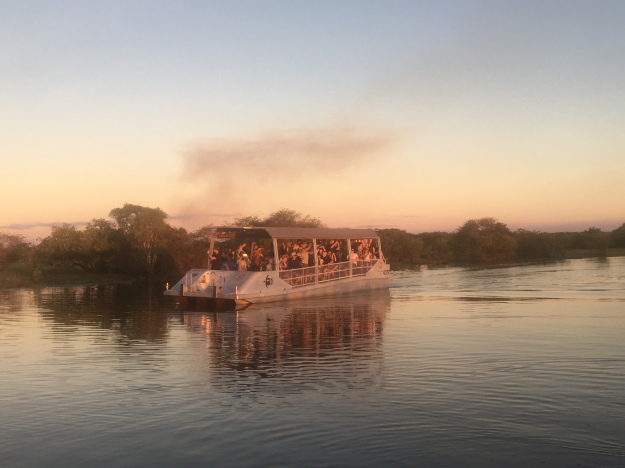 The Yellow Water Cruise is not a safari. It is an Indigenous-owned operation that takes tourists on a two-hour boat cruise in the central part of Kakadu National Park. 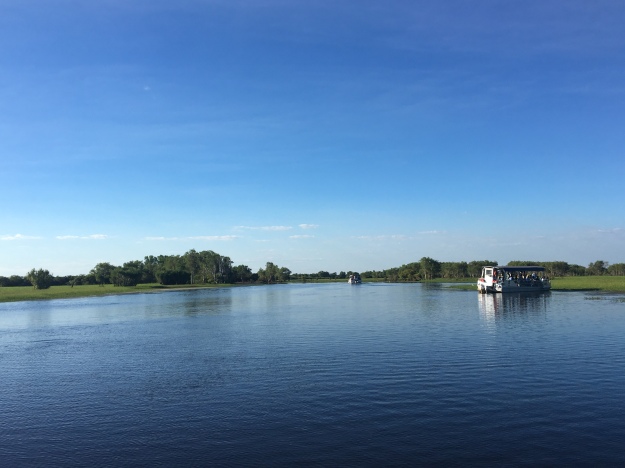 It is one of the best places in the world to see crocodiles in their natural habitat, and the reason most visitors to the national park take this cruise. I came onto this cruise with the mentality that its sole purpose was to look for crocodiles. Before departing, there was a series of safety instructions given by our tour operator where we were specifically told not to take selfies with the crocodiles.

What I ended up getting honestly felt like a very small scale, and river-based version of what we commonly think of as a safari. We see a bunch of animals in their natural habitat on a journey through wilderness.

For the first 10-15 minutes of the journey, we primarily saw birds. 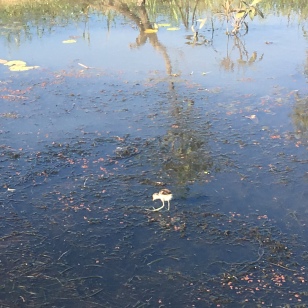 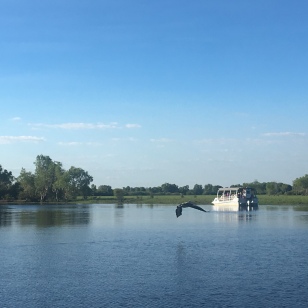 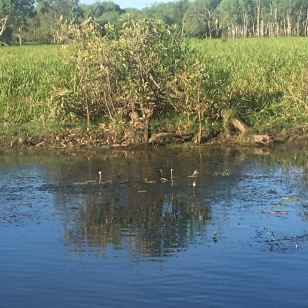 They did begin to appear.

While some were in the water, plenty of crocodiles could be found just sitting on the ground in the wetlands directly adjacent to the river.

One was even stationed – protecting a bunch of eggs. 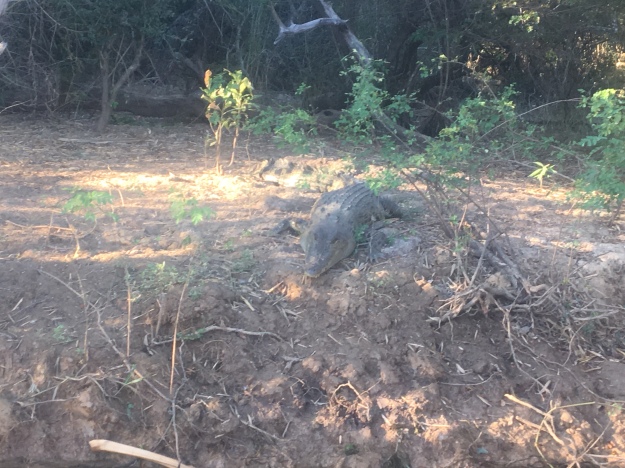 Then, we actually got up close and personal to a couple! 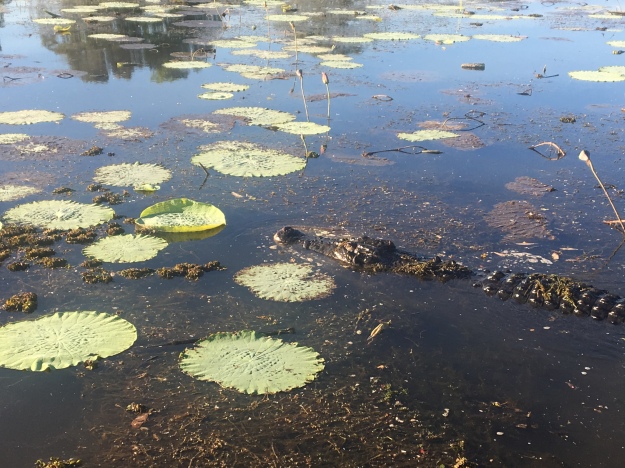 At this point, I was glad to have heard that these creatures primarily eat fish. I would not attract their attention. Nor would the candy I happened to have in my shorts pocket (still a dumb idea).

Then we began to see some other animals in their natural habitat.

As we paddled around the river, seeing the crocodiles swim around, then packs of wallabies and finally buffalo, I began to feel a strange resemblance to the zoo.

The wide-open areas with packs of animals, and trees in front felt like the habitats set up at zoo exhibits. The background landscape, with its rolling hills, and blue skies that fade into the horizon, looked like those backdrop drawings placed behind the animals, as if to try to fool both the animals and the visitors into feeling more like the animals are in their natural settings.

Only this is the real thing.

It probably helped that the water buffalo we saw is a species that is originated in India and Southeast Asia, not Australia. They were brought to the Northern Territory as it was being settled in the 19th Century and were able to live in the relatively similar habitats in far northern Australia. If one is to consider the past 150 years a mere blip in evolutionary history, on the Yellow Water Cruise visitors can see animals from multiple continents all from the same boat. 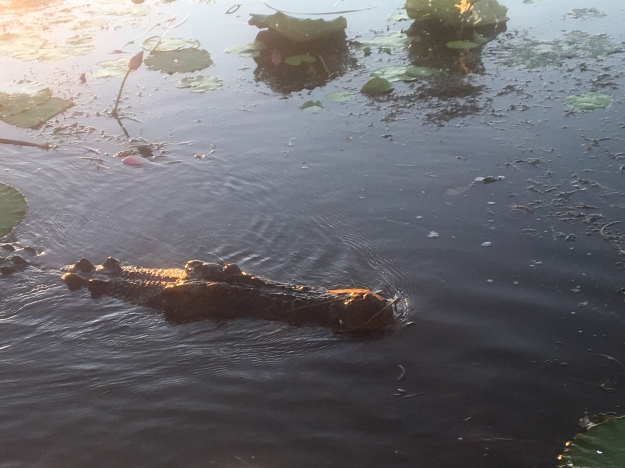 It is an amazing feeling to be right in front of something that had always felt so distant. However, this was real. The wide-open plain in which the animals were grazing and hoping around was truly wide open with the animals having room to roam. The crocodiles were swimming along in the river, sometimes at fast speeds.

And, the backdrop in which the blue sky fades into the horizon really was a reflection of the time of day about half an hour before sunset.

I couldn’t believe I had made such a dumb mistake. Shortly after entering Kakdu National Park, the vehicle we had rented suddenly started sputtering. 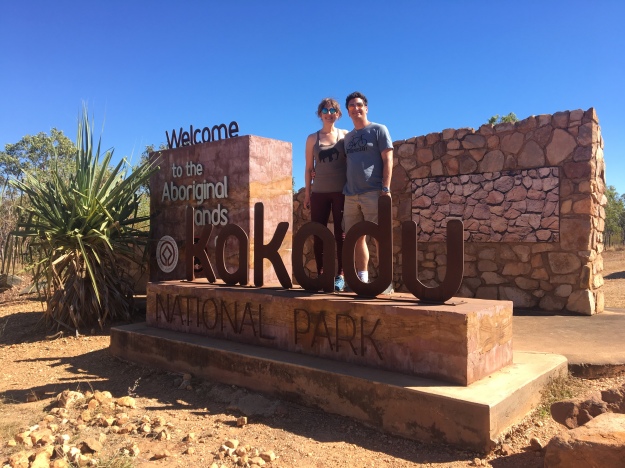 The car slowed down, and we had to pull to the side. We were stranded.

It didn’t take long for us to realize what had gone wrong. At the gas station we had stopped at right before entering the park, at the Mary River Roadhouse, we had accidentally put the wrong fuel in the car- diesl.

When visiting another country, it is important to learn some things about how that country works, especially when it comes to getting around. Besides the most obvious difference, that Australians dive on the left side of the road, there are differences in fuel, with disel being far more prevalent here than it is in the United States. Most gas stations here have all options presented at the pump like this. 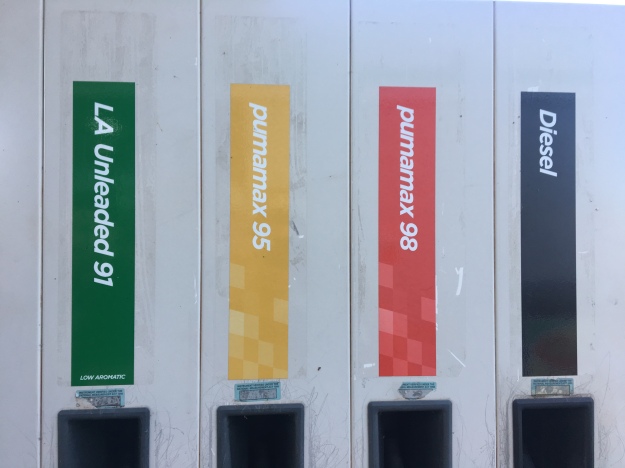 There was no excuse for the mess up at the Mary River Roadhouse. The pump I used to gas up the vehicle was labeled quite obviously.

And the nozzle did not even fit properly into the gas canaster. Yet, I continued.

It’s not the kind of mistake I typically make. In fact, I often pride myself as to having never made other similar mistakes, like locking my keys in my car. This one just happened, costing us hours as we had to arrange a tow to get the car’s gas tank drained and re-filled with the proper fuel.

In this situation, the easiest thing to do is have a break down. After all, tons of activities await us in Australia’s largest National Park. And, we have limited time here. 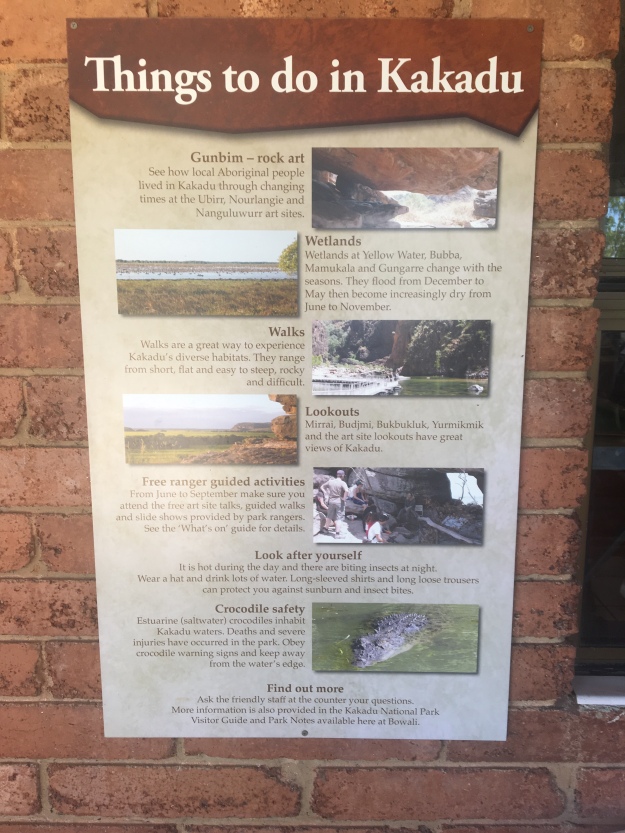 Yet, there was noting to do but wait for roadside assistance. Lamenting over the mistake would not get the car repaired any faster and becoming anxious about what activities were being missed could not make the ones we do end up being able to do any better.

After a deep breath, I ended up spending most of the several hours having some fairly in-depth conversations with people, both people who had come with me to the park, as well as strangers that helped us out by giving us a ride to our hotel room. 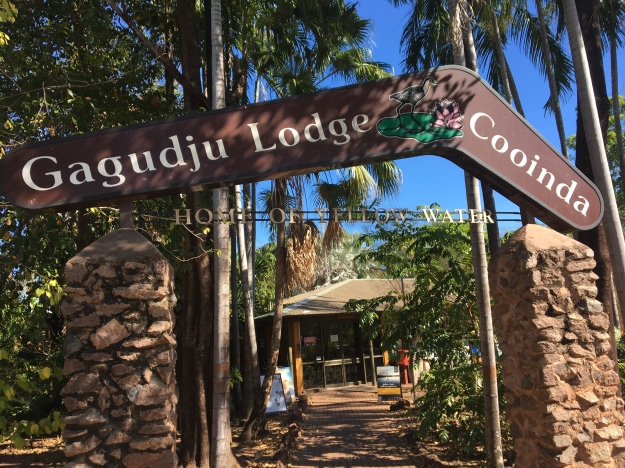 All while just taking in the scenery that was in front of me.

We talked about life, we talked about travel, how we handle our personal relationships, and what we had learned from our experiences. Some of it was quite deep and personal. I came away feeling more connected to the travel companions I came to the park with, and with a new connection to a nice Australian couple who had just retired and were now able to travel all around the country in a nice camper.

Overall, it still ended up being a good day.

My uncharacteristically dumb mistake was really life forcing me to slow down. The two months prior to this trip were stressful and exhausting for a variety of reasons. I felt like I had -2 minutes to spare at all times, constantly rushing from one activity to another. What I needed, at that time, wasn’t to reenact a scene from Crocodile Dundee. It was to slow down, capture my thoughts and become more connected with what was around me. Through the process of exhaustion, and random luck, the forces of life gave me what I had needed.