Winter in Colorado is off to a solid start. Several major snowstorms have brought significant snowfall to the Colorado mountains. Also, unlike in recent winters, all parts of the state have received their fair share of snow. The mountains across the state are reporting snowpacks slightly above the long term average.

Winter Park is one of the few ski resorts relatively close to Denver that I had never been to before. The primary reason for this is that since moving to Colorado, I had stuck with the Epic Pass, which includes Beaver Creek, Breckenridge, Keystone and Vail. That set of top-notch resorts within a two hour drive is tough to pass up. However, some of us were ready to try something new and decided to go with the Ikon Pass this year.

Winter Park is about the same distance from Denver as Breckenridge, Copper Mountain and Keystone. The road there, though, is one of the windiest roads I have ever been on. 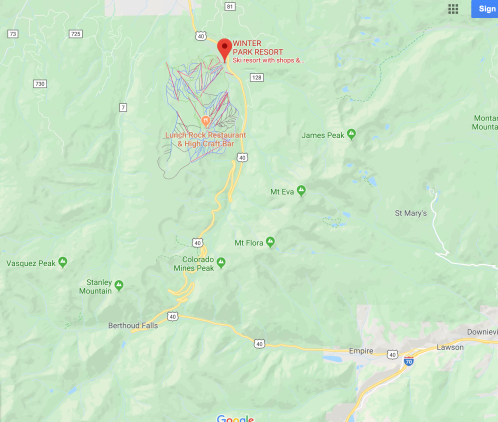 With an earlier exit off Interstate 70, this place may be easier to get to on days when there is heavy skier traffic. However, with all the curves going up and over Berthoud Pass, this trip could be more challenging in inclement weather. This particular trip was made five days after the most recent snowfall, and the roads were still slick. 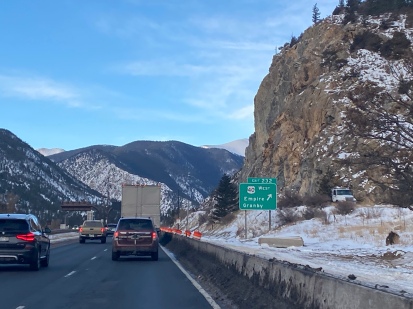 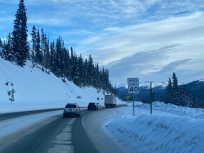 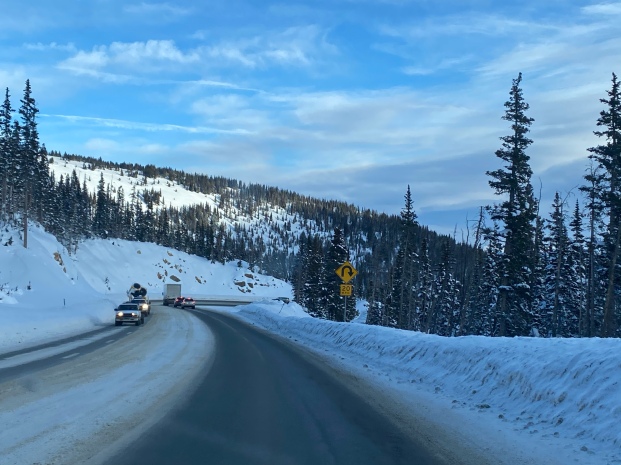 The start of any season requires some adjustment. Having not skied in almost nine months, putting on my ski boots felt kind of hard. It really feels easy. However, the first few times in any season, it feels like I am shoving my feet into the boots and using up a significant amount of energy in my leg muscles.

Winter Park felt similar to Colorado’s other top notch resorts. On measures such as vertical rise, skiable area and number of runs, it is quite comparable to Breckenridge, Copper Mountain and Steamboat. It also seems to have the same general mix of groomed runs, bumps, glades and bowls.

I appreciate the inclusion of the blue-black designation for runs where the difficulty level is somewhere in-between a typical intermediate (blue) and advanced (black) run. Everywhere I have been in Colorado, it has felt like there are plenty of runs needing this designation. 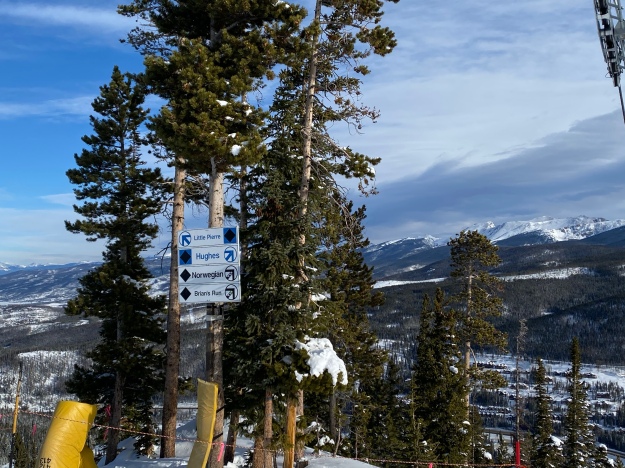 I also love it anytime slopes are given names related to gambling.

Those who ski Winter Park a lot tell me that no visit to Winter Park is complete without a visit to the Mary Jane area. 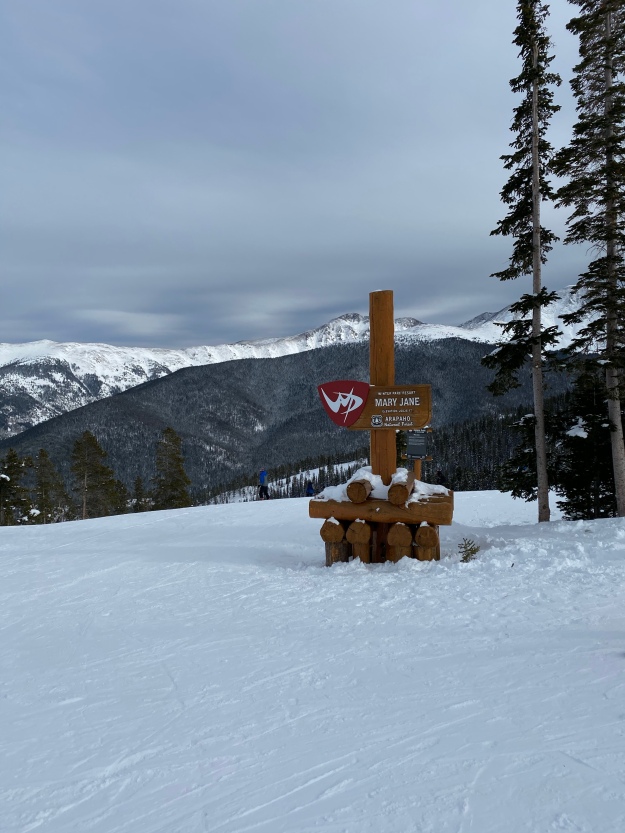 This area cover about 1/3 of the resort, and has some of the more challenging terrain. Trestle is one of the steepest trails in Colorado.

It’s easy to feel lame on a run like this (unless you are an expert). While on the run, I felt like I was taking it very slowly and making wide cuts across the mountain. By the end, it felt great to know I had made it down such as steep slope in the trees. It is important to bask in our accomplishments, at least for a little bit.

The entire experience served as a reminder of something I had realized years ago. Many of life’s choices follow the same general theme. There is a path we can take that is familiar, comfortable and easy. It’s avoiding our problems, not having that difficult conversation with a colleague, not sharing our opinions when they differ from the group, avoiding rejection and just turning on the television.

Then there is the other path. The one that requires effort, overcoming fears and facing discomfort. It is trying something new, learning something new, facing fears and taking the effort to arrange experiences to share with others. It is the path that will lead to a more enjoyable and fulfilling life. It’s a challenge to consistently follow the higher effort and higher reward path when we often crave the easy and comfortable. So, it felt great to realize that I was on this general path when I went through the discomfort of putting on ski boots and then again when traversing one of Colorado’s steepest tree runs.

It is hard to make a comparison between Winter Park and some of the other ski ares relatively close to Denver on a Thursday just before Christmas. Some people say that one of the advantages to Winter Park is that it is relatively less crowded. Judging this would require coming here on a busy weekend day. Overall, though, it feels good to have tried a new place and pushed my limits so early in the season.