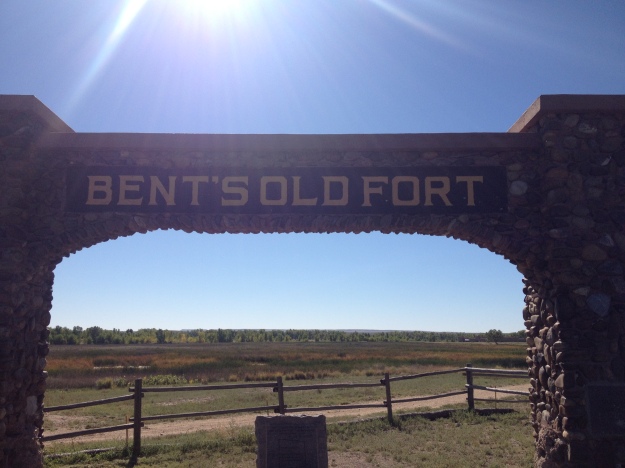 The idea of racial unity, or more accurately the idea of two or more racial/national groups living side-by-side without conflict, and mutual respect for one another is not new.  It isn’t, as it feels like some people believe, something that mankind first came up with in the middle of the 20th century after finally sorting through the fallout from World War 2.  It is just an idea that has never really overcome other pressures.

In the early to mid 19th century, brothers William and Charles Bent, of Saint Louis Missouri, actually believed that it was possible.  Early in life, these brothers participated in a series of trade missions along the Santa Fe Trail.  As the Bent brothers encountered both Mexicans and Native Americans on these missions, over time they established good relations with both groups of people.  William Bent was even accepted into the Cheyenne tribe, and participated in negotiations on their behalf.  This included negotiations with other native tribes, as well as with the United States. The two brothers, along with Ceran St. Vrain established a trading fort in what is now Southeastern Colorado, along the Santa Fe trail.

For this reason, I decided to make the trip to Bent’s Old Fort, but I ran into one minor issue.  Apparently, I did not realize that Bent’s Old Fort is a National Historic Site, and therefore is closed due to the current government shutdown. 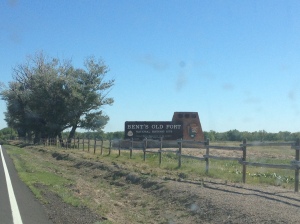 So, I did the only sane thing.  I pulled my car off to the side of the road (the parking lot was also closed), and I snuck around the gate.  Heck, I didn’t have to pay the entry fee!

The fort is reconstructed really well.  I should probably come here sometime when I could actually get inside the building.  And also when the bulls and horses that are kept there are contained rather than wondering around where I could have theoretically provoked them and wound up in trouble.  In fact, that is why I did not stay very long, and did not take any pictures of the animals and the trail.  I was, however, able to imagine what it was like for pioneers and traders to travel along this trail, and encounter this fort, the first building of any sort travelers along the trail would find for miles.  And, according to the information presented in the parking lot, which I did get to read, from 1833 (when it was built) through 1849, this place would have been bustling.  Surely, a welcome sight for travelers.

One question that often comes to mind when learning about Bent’s Fort, is why it was placed where it was, near La Junta, Colorado.  Currently, most of Colorado’s largest cities are a lot closer to the mountains, within 20 miles or so.  From the perspective of modern day Colorado, it appears illogical for this major trading post to be located over 60 miles east of Pueblo, the mountains, and all of the good fur and pine.   However, at the time Bent’s fort was built, 1833, it was built right on the border with Mexico.  For someone traveling west on the Santa Fe Trail, this fort marked the end of the portion of the trail in the United States.  After this, travelers would have entered Mexico, or, after 1836,  the Republic of Texas.

Unfortunately, both Bent brothers ended up on the wrong side of history despite their good intentions.  Actually, it was perhaps because of their good intentions.  Charles Bent, the older brother, was appointed the first territorial governor of New Mexico following the Mexican-American war.  The reading material outside the fort suggested that he was appointed to this position due to his good relations with the people there.  However, he was killed by the Native Americans in the Taos Revolt in 1847.

The younger Bent brother, William, was persecuted by the other side.  During the Sand Creek Massacre, he was captured by General John Chivington after attempting to make peace between the U.S. and the Native tribes during the gold rush.  He was forced to lead Chivington and his troops to the Cheyenne campsite where he conducted the Sand Creek Massacre, killing hundreds of Native Americans.  William’s end was not nearly as dramatic as his brother’s, but his efforts failed to create peace between the U.S. and the Native Americans.

The story of the Bent family and their fort reminds us that it is important to judge everybody as an individual, and not paint every member of some group with one brush.  Throughout this time, there were definitely more white people like Chivington, who murdered natives despite their efforts to make peace, and also more white people like the Bents, who approached native tribes with deep respect for their culture, and attempted to share in the human experience with them.  There is more to who someone is than their racial identity.

Just in case the lines were not blurred enough in this whole story, John Chivington was a hard-core abolitionist.  He could not wait to free the black population and share our culture with them.  Yet, he viewed all Native Americans as savages that needed to be exterminated.  On the flip side, the Bent brothers owned slaves, and William would eventually support the cause of the confederacy.  So, there is a group of people out there who would potentially view Chivington in a more favorable light than Bent.

So, who is the good guy and who is the bad guy?  People like to simplify history, assign one side ad good the other as bad, and establish one or two themes.  This makes them feel like the have a good handle on the situation.  However, in reality, history is about as complicated as the human mind, and all of the many mechanisms that cause people to behave in the way that they do.  Some people may know more individual facts about history, but that does not necessarily mean they understand history better.  Some people view all facts through the lens of a preconditioned idea about the nature of the people involved, and cannot appreciate all of the facts. 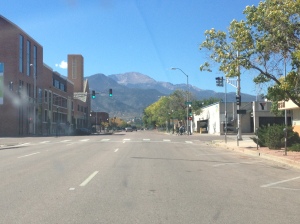 One amazing thing about traveling is that travel has this way of causing people to build upon their thoughts.  Sometimes it almost feels as if the world has found a way to set itself up in such a pattern that it creates certain themes in everybody’s lives, or at least each person’s individual trips.  After pondering these thoughts on the drive from La Junta back to the interstate, the drive home took me through two towns that recently made waves in our current political climate; Pueblo and Colorado Springs.

Last month, these two towns made news across the state as they surprising recalled two of Colorado’s state senators.  One of them was actually the leader in the senate!  The recall election was at least partially about the gun control debate, but other factors may have contributed.  Advocates on each side of the debate appeared, at least to me, to be motivated by ideological differences rather than some form of tribalism.

But is it all just ideology?  Have we really replaced racial issues with actual issues about how we view our government and society (which would be a positive change)?  Unfortunately, last year’s election results, and specifically the large difference in voting patterns by race indicates differently.  Race also still finds it’s way into may of the political debates we have in this country today.  I am not going to assign blame to either side on this one.  This is not a partisan political blog.  But, pondering the racial component to our politics, the self-segregated neighborhoods in Chicago and other places, the Indian Reservations and the like, makes me think that we are not really living side-by-side the way the Bents had envisioned.  The middle of the 20th century saw a major push towards that end, with Matrin Luther King’s I Have a Dream speech articulating that goal in a manner that most can relate to.  But, there does still appear to be a disconnect.

Tribalism is an inevitable part of human nature.  But will our “tribes” always be dictated by our origins?  The internet now provides us access to nearly everybody around the world, and more and people are moving more frequently.  These factors may encourage our future “tribes” to be more determined on different grounds, such as worldview, or common interests.  But, would this be better?  Less disconnected?  Less violent?  Maybe the key is not how we determine our “tribes”, but having respect for other “tribes”, or at least letting them live the way they want to as long as they are not hurting you.  This is a tall task for the human race, but one that is theoretically possible.  All challenges can be met, like the one below, Pike’s Peak, which I got one last view of before it once again becomes snow packed tomorrow (which is fine, it looks better with the snow on it anyways).  A mountain whose peak was once unreachable, is not reached by People on foot, in their cars, and by the cog railway.