What is American Culture? This is a much tougher question to answer than most people would want to admit. Sure, there are those things about America that foreigners notice right away. For instance, the portion sizes. 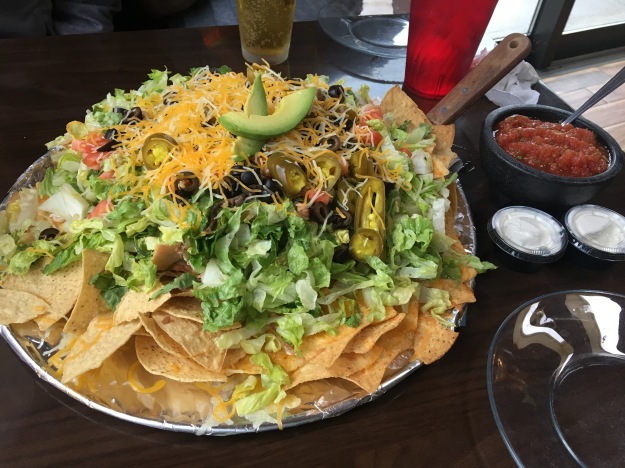 But, large portions of food, large amounts of soda, big cars, loudness and exhibitionism are not the only things that define American Culture. In fact, they do not even unite the entire nation, as there are places in the United States where these are not the customs.

American Culture cannot be described in one sentence, one paragraph, or even one page because of how far from homogenous it is. Traveling within the country, one would find many different sub-cultures. It is even possible to argue that every state, every city, and sometimes every neighborhood, has its own unique traditions and customs.

Of course, to claim there are thousands of sub-cultures in the country would be, in a way, getting too hung up on minor details. However, there is definitely grounds on which to claim there are several dozen cultures with significant distinctions from one another.

The culture of Minnesota can generally be thought of as in the same category as Wisconsin and Michigan. The entire region has an abundance of lakes. Minnesota is “The Land of 10,000 Lakes”. This culture seems to revolve around going to the lake, being on a boat, fishing, and drinking beer. People from the metropolitan areas often own second homes or cabins along a lake and travel there on the weekends. This seven week old infant living in Saint Paul is already preparing for his third trip “up to the lake”. 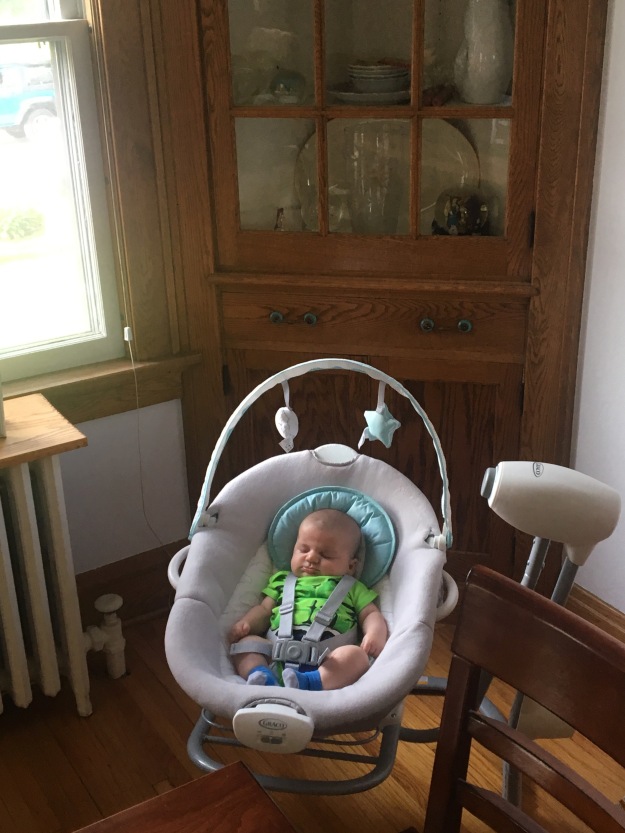 Northern Minnesota specifically is fairly sparsely populated, putting it one one side of the most obvious cultural divide in the U.S.; urban vs. rural. Generally speaking, on either side of this divide between large metropolitan areas and places more sparsely populated. The expectations are different, the attitudes are different, and, the music is different. There is perhaps no better way to get immersed in the culture of rural America than to go to a country music festival. 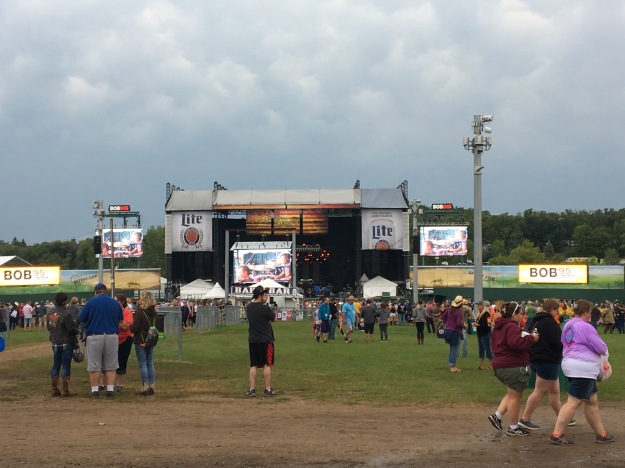 WE Fest is a major country music festival in Detroit Lakes, MN. The attendance, in 2018, was said to have topped 65,000. Here, the different customs and attitudes were on full display. 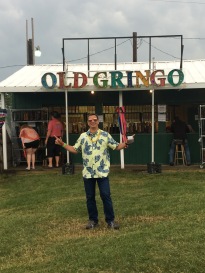 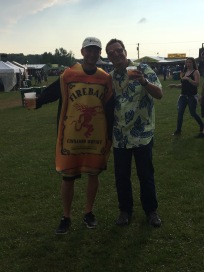 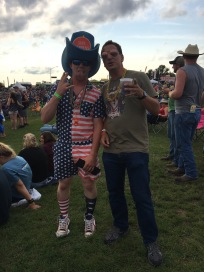 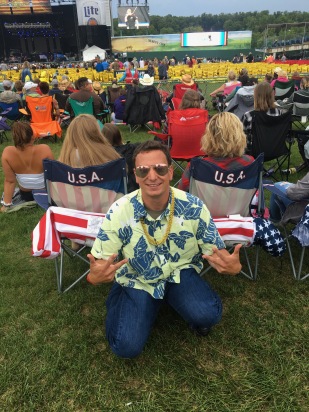 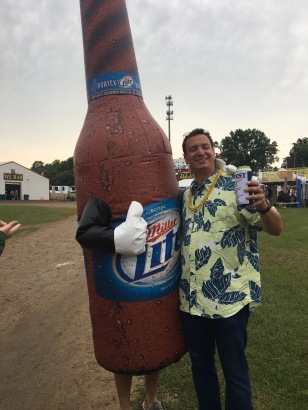 The U.S.A flag was everywhere! So were messages, from performers and attendees alike (often on their shirts) showing support for the American way of like, the military, and other mainstays of American culture.

This is not to say people in the cities do not love their country. But, there does seem to be significantly less exhibitionism about it. There is also, in some sub-cultures, particularly the ones centered around major academic institutions, a greater willingness to criticize actions taken by the United States of America. In some cases, this comes across as downright cynicism.

To be honest, there is something about the flag waving, proud, traditional rural culture that feels warmer …  happier. It feels far better to believe in something and take pride in it than to succumb to cynicism and long for something else. Cynicism can feel quite cold at times, and self-loathing creates sadness.

Yet, the more traditional culture can also feel unnecessarily restrictive. 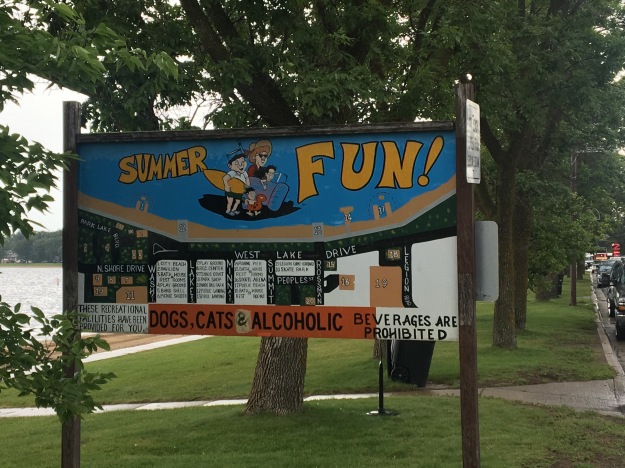 Seriously, let the dogs and cats have fun too!

While exhibitionism can be annoying to some people, taking excessive pride in one’s country truly only becomes harmful when it leads to one of two outcomes.

First is the hostile treatment of outsiders. In the case of National pride, this would be treating non-Americans as lesser human beings. This is not to say that most, or even one-in-ten flag waving rural Americans have ever advocated treating outsiders poorly. It is to say that, excessive pride in a group of people, whether it be a nationality, a gang, or even something like a personality type, can lead to some form of non-beneficial disconnect from those with different traits.

Second, is when pride leads to an attitude where no criticism, even if constructive, is tolerated. Not all decisions are good decisions. 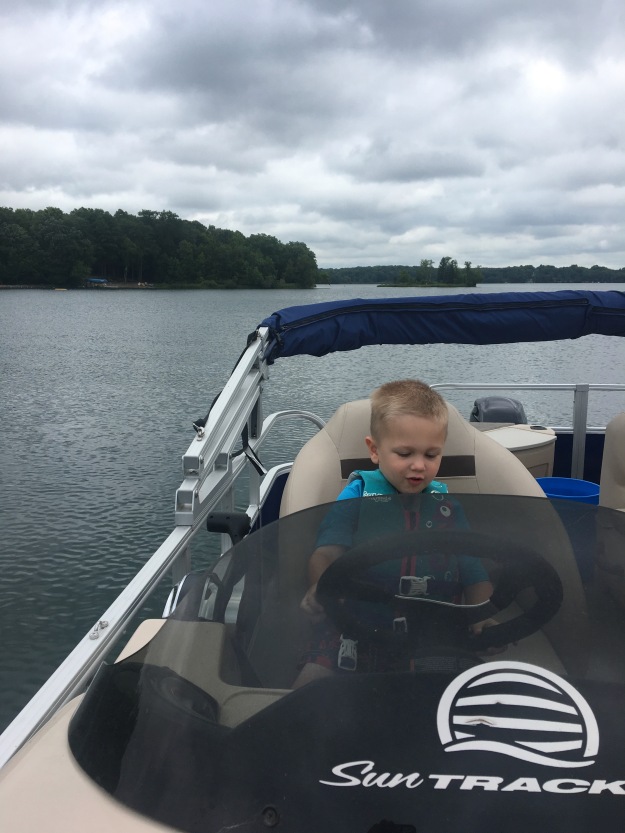 Loving another human being can sometimes mean needing to tell that person when they are choosing the wrong course of action. Loving oneself means seeking ways in which to improve. The same can be said for a nation. Like an individual, a nation needs to try to avoid poor decisions and seek ways in which to improve. Pride can lead to avoiding all criticism and seeing no need to take suggestions or improve, which is detrimental.

Maybe this nation, like every nation, needs people to remind them that the nation is great, with a great culture and heritage. But, also needs people to point out some shortcomings, help it avoid repeating past mistakes, and point out areas where improvements can be made. These are the traits of a balanced individual, and hopefully, going forward, can be the traits of a balanced nation.